Онлайн-лекция «The Forbidden City at 600: The Private Life of the Qianlong Emperor» 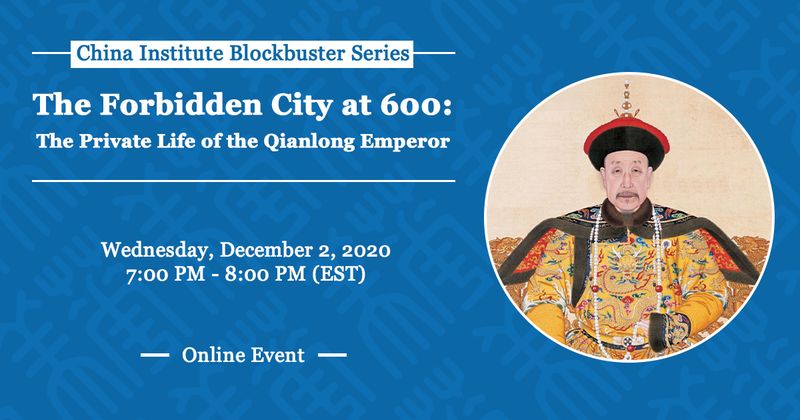 During the 64 years of Qianlong’s rule, China’s population more than doubled, its territory increased by one-third, its cities flourished, and its manufactures – tea, silk, porcelain – became principal items of international commerce. Join us as we delve into the private life of one of China’s most illustrious rulers — a notorious builder, and prolific patron of the arts, who presided over one of the last golden ages of China’s Imperial Empire.