Онлайн-лекция «Beethoven in China, Part Two: The Philadelphia Orchestra and the Power of Cultural Bridges» 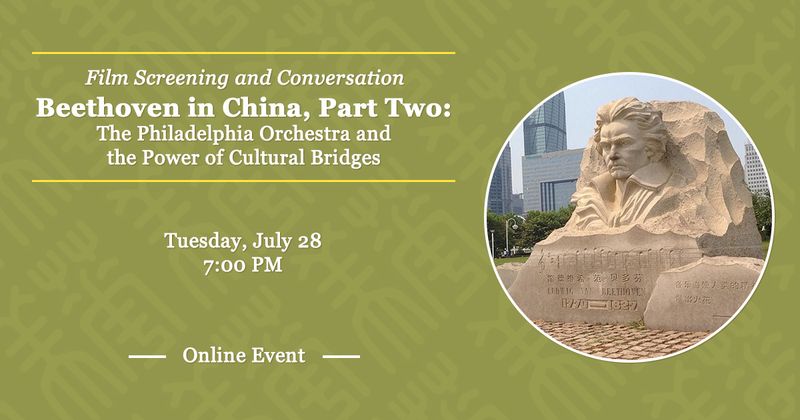 The US-China Music Institute of the Bard College Conservatory of Music and China Institute in New York City present an online series of webinar/panel discussions about “Beethoven in China,” to commemorate the 250th anniversary of Beethoven’s birth. Author Sheila Melvin and conductor Jindong Cai published the definitive book on the subject and will be hosting this series.

Sheila Melvin and Jindong Cai discuss their book, “Beethoven in China,” with particular focus on the historical background and the most influential people who were responsible for exploring Beethoven and his music in China.